I take part in Linda Hill’s SoCS every Saturday. To learn more about SoCS go here  and check it out. Her prompt for this week is “ex” use it in any way we want. Here is my take on this week’s prompt.

My ex of 25 years and are have been split up for almost 5 years now. I am the one who left but now he has another girlfriend but we have not legally divorced. He physically abused me for the first half of our marriage and mentally abused me for the last part. I have a relationship with him now but he still makes me feel unwelcome feelings that I can’t seem to shake. I share so many memories with my ex that I can’t go down any street corner in our town without remembering one or two things. Some good some bad. More bad than good though I must admit. So, since not being with my ex and getting to know the real me I have grown and changed a lot! Being free of the ex is what needed to happen for me to be me! So, free of the ex I am to be! Ex free is the way to be!

Today I am posting with a prompt from dailypost and today’s prompt is only one word DIVIDE.

To me, divide means to separate. It can be used in many ways. Like the man and woman were told to divide their assets in their divorce. Or, you can use divide in a math equation. Divide the number of candies you have up between all the children.

It also can have a different meaning like causing to disagree. Like the Republicans and Democrats were divided between to vote yes or no on the ballot measure.

There is also The Great Divide in Canada. 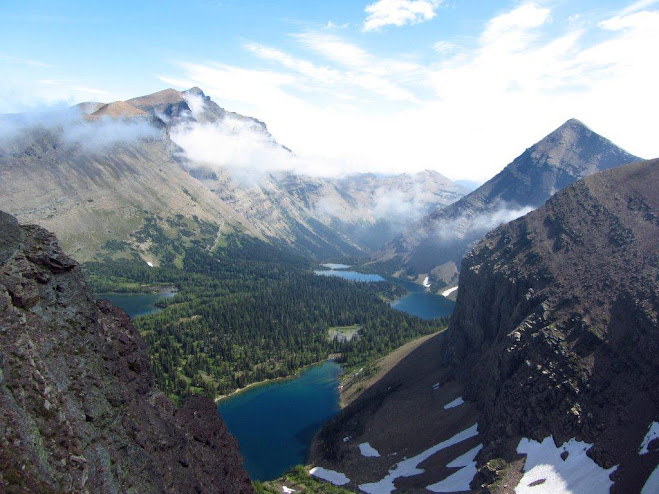 And there is the Continental Divide.

Today’s Daily prompt is take a line from your favorite song or song you are stuck on and make it the title of your post.

Adele’s Rolling in the deep is my choice. I am not going to pick the first line. Instead I am picking where she says….

The scars of our love remind me of us, they keep me thinking we could have had it all. I carry scars inside and out. Remembering how I stayed thinking it would all get better. But, even bandages could not cover the extent of the damage. I walked after 25 years I walked. Truth be told I still think sometimes we could of had it all.

I use to collect many things over the years like jewelry boxes, musical globes, every birthday card I ever had, displayed plates, just to name a few. Unfortunately all things were destroyed over the years. Another human being destroyed anything of mine that meant something to me. He even bought me more to replace the ones he demolished with other ones then he would fuck them up! It was a cycle for him to do this type of this thing too. Soon, I just stopped collecting anything and began being a broken down woman. I walked around self medicating myself and to make him not say crazy things about me and my appearance I started to dress simple. I tried to do anything and everything to please him. The beatings stopped but sick as it sounds I would rather take them the suffer the mental abuse. It took a long long time for me to walk. Change is all I wanted in life. No collection replacements or saying he is sorry would stop what I knew deep down I was going to have. With or without him drugs were not an option. See that’s about the time I started my collection of dreams and goals in my head is where they set. More and more built up each day. Collecting these things was so priceless to me. I would continue collecting them until 4 years ago almost 5 now that’s when the shelf in my mind holding all my dreams and goals started to break. I thought don’t break shelf. I could not and would not loose them. I had more to add. With only one black garbage bag full of clothes only (all pics of our kids growing up all ribbons and such they earned he kept) and hopped on a bus to Oklahoma. Leaving him and drugs behind. Taking my collection of dreams and goals with me.

Posted from WordPress for Android